News : Suffolk County to Launch its Own 311 Call Center 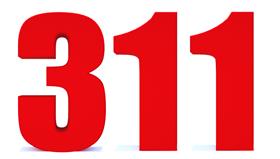 Hauppauge, NY, USA, April 18, 2019 – Suffolk County is about to become the first suburban county in New York state to launch a 311 call center.

Critics say it is too costly, but the county executive says it actually saves money.

Suffolk County Executive Steve Bellone made the announcement in the state of the county address Wednesday night. It’s going to go live in just 30 days.

A call center in Hauppauge will soon take 311 calls, taking complaints from residents about everything from potholes to downed trees.

Cities around the nation use the system, including New York City, which was rolled out by former Mayor Michael Bloomberg years ago. New York’s 311 system gets 40 million calls a year, including calls about noise complaints, lack of heat and hot water, double parked cars and more.

In the suburbs, the complaints will be different, but the concept’s the same.

Bellone says while there’s a startup cost of $500,000, it will, in the end, save the county money because it will make government more efficient.

County Republicans are already casting doubt on the $500,000 pricetag.

"We are broke in this county. We should be scaling back programs, certainly not adding new programs.," said Suffolk County legislator Tom Cilmi.

"Implementing this data management system is going to save taxpayers money significantly over the long term because this is going to allow us to track our performance and to become more efficient as a government. Deliver better services to our residents at a lower cost, that’s what 311 is about," Bellone said.

Advocates say there will be priceless improvement to public safety by diverting non-emergency calls from the overburdened 911 system, so that operators can focus on true emergencies.

Suffolk County’s 911 call center gets nearly a million calls a year. County officials predict a diversion of at least 10 percent of those calls to 311.