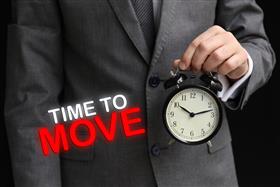 Monticello, NY, USA, Jan, 2020 – The Sullivan County Legislature voted to table for 90 days a proposal to transfer the county’s 911 emergency call center from its current independent status to the sheriff’s office.

Chairman Robert Doherty said the motion called for a request for proposals to hire a consulting firm to study the issue during that time period.

County residents speaking prior to the vote expressed their appreciation for the delay, but some questioned the need for a transfer at all. Others said 90 days is insufficient since the request for proposals process could take 60 days to complete.

Alex Rau, the current 911 director, said a departmental transfer is not needed. While the transfer resolution says it would streamline public safety operations and create a more efficient, cost-effective means of emergency dispatch. Rau said he has not seen any information to suggest a shift would promote cost savings.

State Police Troop F Zone One Commander Captain Christopher Zaba was glad to see the tabling saying the decision should be based on research based on facts,
Sandra Shaddock, a former long-time 911 dispatcher, called the proposed shift to the sheriff’s office a politically motivated "witch hunt."

In other business, the county legislature formally voted to rescind last year’s move to purchase land in Rock Hill to develop a county visitors’ center. Legislator Ira Steingart opposed the termination saying the facility would have been another economy tool for the county.

Lawmakers also held off on appropriating funding for the Sullivan County Partnership. "Today’s decision by the Legislature to table the distribution of $125,000 for 2020 to the Sullivan County Partnership for Economic Development should not be taken as an indication there’s something wrong," said Doherty. "It’s simply about ensuring taxpayers’ money is spent in a wise and accountable fashion. We will soon engage in a dialogue with the Partnership’s leadership and board to determine how County funds were spent in 2019 and how the Partnership envisions they’ll be spent in 2020. My plan is to ultimately have a similar dialogue with all organizations which receive County funding."