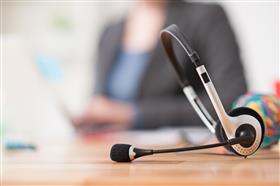 Shropshire, England, Oct 2, 2019 -- A planned call centre connecting branches of a GP 'super-practice' should be up and running before any closures take place, a council health committee chair has said.

Teldoc, which is proposing to close Aqueduct Surgery, Highfield Clinic and Lightmoor Health Centre and open a group-wide 'Care Navigation Centre' (CNC) to serve their six remaining sites, argue that moving communications and admin out of clinical rooms will make more appointments available for patients.

Councillor Derek White, who chairs Telford and Wrekin’s Health and Adult Care Scrutiny Committee, has written to the area’s clinical commissioning group recommending the three surgeries only close their doors once the CNC "is fully operational and the necessary room transformations are completed".

Teldoc has argued that its dedicated homecare specialists could help patients in any interim period, but councillor White says members are unsure whether they can do the job effectively.

Councillor White’s letter, and an update report from primary care lead Corrine Ralph, was due to be presented to the Telford and Wrekin Clinical Commissioning Group’s Primary Care Commission Committee on Tuesday.

Ms Ralph noted that Teldoc representatives attended the same committee on September 3, and spoke about the consultation they had carried out over the summer.

"It was agreed the CCG would sign off the rationalisation plan, subject to confirmation that the Health Overview and Scrutiny Committee were satisfied with the scope of the engagement programme," Ms Ralph wrote.

In a reply to Ms Ralph, Councillor White wrote: "We are sure Teldoc would agree with the committee that patients should be disrupted as little as possible in the process of the proposed site reconfiguration.

"Therefore, it is our view and recommendation that any of the surgeries due to be closed only do so once the Care Navigation Centre is fully operational and the necessary room transformations are completed.

"Consistency for patients is key, especially those suffering from acute or mental health illnesses, in which location plays a huge role in their recovery.

"We understand that to combat this, one service Teldoc offers is a dedicated team of homecare specialists who operate daily from 8.30am till 6pm. However, we know very little of the patients they work with, how many patients they see and, finally, whether they are able to offset the closures as the reconfiguration is completed."

Councillor White noted that Teldoc representatives spoke to his committee in August, where they said "the fall-out of those losing access to the closing surgeries would be able to use the homecare service".

He added: "The experiences of our councillors that were reflected upon in the meeting portrayed a powerful message that more work needs to be done reaching those who are in desperate need of a home visit, and that others are not lost in the system limbo."

He added that, as of September 13, when the letter was sent, "the committee had not received details of the consultation responses" and, therefore, "cannot comment on the depth or level of the engagement activity undertaken during the consultation".