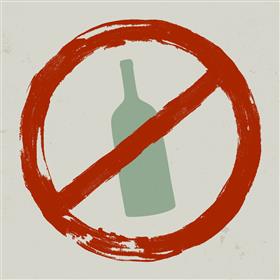 Dublin, Ireland, Oct 20, 2020 -- There has been a surge over the last three months in alcohol-related calls to a HSE support line, with an almost 40% increase since June.

Contacts to the HSE Drugs and Alcohol Helpline show that alcohol is the main drug causing problems for women aged over 20 and for men aged over 30.

Figures released to the Irish Examiner also show a large increase in calls relating to cocaine and tablet use, including anti-anxiety pills, in the July-September period.

The substantial increase in the third quarter of 2020 comes on the back of steep growth in alcohol calls since 2014 and a three-fold increase since 2017.

TCD Professor of Population Health Medicine Joe Barry said "cheap drink is a problem" and said the Government needs to "reduce the supply of drink between now and Christmas".

It added: "Women aged between 21 and 40 years are more likely to have issues around alcohol use than cannabis or cocaine."

Prof Barry, a board member of Alcohol Action Ireland, said that while the overall figures have been increasing since 2014, it has been "particularly steep" for alcohol, rising from 750 in 2017 to around 2,150 in 2019.

He said that while there was now talk of reducing opening hours of off licences there had been little attention on the impact of alcohol consumption during Covid, including on mental health and domestic violence.

He said the fundamental problem was the "widespread availability of cheap alcohol".

He said the medium-term solution was the introduction of minimum unit pricing but said that will not help with the immediate problem.

Can we reduce the supply of cheap drink between now and Christmas?

"The issue is can we reduce the supply of cheap drink between now and Christmas? I would say to the Government ‘what are you going to do about it’?"

The Health Service Executive (HSE) (Irish: Feidhmeannacht na Seirbhíse Sláinte) is responsible for the provision of healthcare providing health and personal social services for everyone living in Ireland, with public funds. The Executive was established by the Health Act, 2004 and came into official operation on 1 January 2005. It replaces the ten regional Health Boards, the Eastern Regional Health Authority and a number of other different agencies and organisations. The Minister for Health has overall responsibility for the Executive in Government. The HSE is Ireland's largest employer with over 67,000 direct employees, and another 40,000 in funded health care organisations. It has an annual budget of over €13 billion, more than any other public sector organisation.