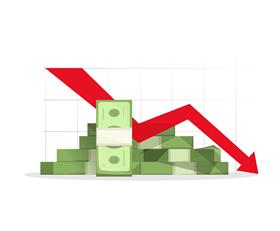 Stockholm, Sweden, July, 2018 -- A Swedish helpline for people worried that someone they know is being radicalized has vowed to press on, despite the government pulling the funds.

The helpline was set up at the request of Sweden's National Coordinator Against Extremism in late 2015 and run first by the Red Cross and then by Save the Children.

But after its official mandate ended earlier this summer, it was not extended, reports SVT.

Christer Mattsson, head of Gothenburg University's Segerstedt Institute, which conducts research into violent extremism and has looked at the helpline in depth, criticized the decision as "not well considered".

"Generally, the insider area of countering and preventing violent extremism is rather shallow, short-sighted, and always wanting to find and support new projects. And very little research on these projects. This is general, all over the Western world, unfortunately."

"We want to have quick results but there is no such thing as quick results when it comes to preventing radicalization. We may have quick results in hindering those who already decided to commit terror by having more forceful legislation concerning surveillance and protecting sensitive areas. But when it comes to prevention, the duration is much longer and projects such as three meetings, two counselling talks – it's utterly shallow and it won't bring any result. And this we know from other research," Mattsson added.

Concerns have been raised that not enough people have been calling the helpline, with the argument that it is an inefficient use of resources. In just over a year it has handled 154 cases. But Mattsson defends the scheme.

"When relatives call, we know for sure it is urgent and these are hardcore cases. These environments consist of a few thousand individuals. So 154 cases in 15 months is a good number," he said.

Most of the calls come from social workers and teachers, but around 30 percent are from concerned relatives. The government has decided that Sweden's Center for Preventing Violent Extremism will be responsible for offering support, but that helpline will only be open to professionals and not to relatives, reports SVT.

But Ola Mattsson, who manages Save the Children's Sweden-focused operations, said his organization will nevertheless continue to run the current phoneline until at least the end of the year, after which it will attempt to secure permanent funding from other sources.

"Reaching 200 people a year might sound little but those are people in a great need of support. For us it's good enough to run the support line like this. We still believe that with more time we could increase that number," he told The Local.