News : Sydney Call Centre Back Up and Ringing 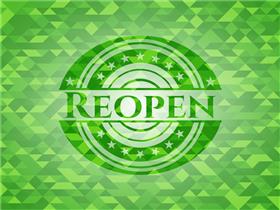 Sydney, NS, Canada, Jan, 2018 -- About 250 ServiCom employees are expected to be back on the job when the facility reopens as the Sydney Call Centre.

And new owner Anthony Marlowe, the Iowa-based founder and CEO of MCI Canada, said he’s excited to report that he expects to have about 500 workers back in the Inglis Street facility by the end of January.

"The tenacity, enthusiasm and loyalty of the team and community is truly unique — Cape Breton is an extraordinary place with extremely special people," he said, adding that he ranks the purchase of the former ServiCom centre as one of the most meaningful things he has done in his business life.

"We are thrilled to be getting the call centre back into production as quickly as possible for our future employees and new clients, and we look forward to working together and being part of the community for years to come."

Upon reopening, employees will immediately begin working on two of the facility’s four major client programs, although Marlowe would not say which programs will be starting back up Wednesday. A third client program is set to begin on Jan. 7, while the fourth is scheduled to come online Jan. 14. The four clients retained by the Sydney Call Centre are OnStar, Sirius XM radio, AT&T and Allstate Insurance.

More than 500 workers were thrown out of work when the call centre’s former American owner (JNET Communications) suddenly shut down the operation on Dec. 6, some seven weeks after filing for bankruptcy. After 12 days of uncertainty, a deal was reached on Dec. 18 that saw the assets of the ServiCom call centre transfer to Marlowe’s MCI Canada company for $1.5 million.

While it’s still unknown if the former ServiCom employees will ever be paid all or part of the three to four weeks wages they are owed, they were all invited to apply to work for the new Sydney Call Centre. And since the process began, more than 450 of the former workers have already filled out applications. The company was to have begun sending out offer letters on New Year’s Day.

Employees who worked at any call centre within the past 90 days will receive the following:

• Retention of their former base pay

• Vacation accrual levels will be honoured

• No waiting period for benefits

Additionally, the entry level pay has been increased from $11 to $12 per hour, the company will establish daily bonus programs to complement the weekly bonuses and employees will be offered more schedule and shift options. MCI Canada also stated it will provide a bolstered benefits package and will increase its contribution percentage for all workers.

Marlowe, who received a rock star welcome when he was introduced to the former employees last week in Sydney, said plans are also underway to bring in new client programs sometime in the first quarter of 2019.

Meanwhile, the company has announced its senior-level Sydney employees. Former ServiCom manager Todd Riley is the new vice-president of Canadian operations and will assist in bringing new business, including Canadian clients, to the Sydney Call Centre.

The day-to-day running of the call centre will fall to Shauna Graham, who is the new director of And former HR department supervisor Tanya Wilneff becomes the new director of people support at the Sydney facility and will also serve as MCI’s human resources executive in Canada.