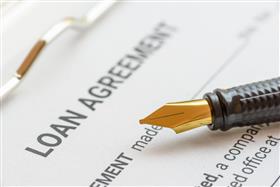 Sydney, NS, Canada, June 10, 2019 -- A reopened Sydney call centre has received a loan from the Atlantic Canada Opportunities Agency to expand its operations.

The funding is being made available to The Sydney Call Centre Inc. through ACOA’s business scale-up and productivity program.

MCI CEO Anthony Marlowe, who owns the call centre, said in a brief email Friday the money would go toward "asset/equipment acquisition, physical and information security compliance, capacity expansion, and technology" for the call centre. T

He indicated the call centre — the only Canadian site among the Iowa-based company’s operations — would add at least 100 inbound positions to support "MCI retail and roadside clients in Sydney."

Although Marlowe was asked follow-up questions, he had yet to respond back to the Cape Breton Post.

The Sydney Call Centre Inc. vice-president Todd Riley said the company’s newest client will be touring the call centre in Sydney this week.

"They want to get a look at the facility, they want to get comfortable with the culture," he said, noting this client would likely start with 100 representatives and expand from there.

"It’s a new client for The Sydney Call Centre but it’s an existing client (for MCI)."

"We’ll have anywhere between 200 and 250 inbound (employees on the three new accounts) … by August or September of this year."

He said there is enough room to accommodate an additional 125 work stations that would be used by employees over a two-shift workday.

About 90 per cent of ServiCom's 530-person workforce returned to the call centre upon transfer of ownership to MCI.

NSBI will pay out the maximum amount if the Sydney Call Centre Inc. creates 750 full-time equivalent positions by the end of 2021, and that number includes the nearly 500 employees who resumed working at the call centre in January.