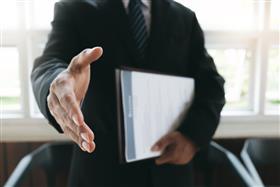 "Since the start of locating operations in Fort Smith, the city and the Chamber of Commerce have been tremendously supportive of our investments and business. Their support and the high quality of the workforce here in the area provide our company opportunities for continued growth and ensure the highest service possible to our clients," Abbie Littleton, site director for Sykes Fort Smith, noted in the press release.

Beaty said he finds it hard to believe it has been almost 10 years since Sykes first opened in Fort Smith.

"They’ve been a consistent, positive impact on the community. They occupy about 60,000 square feet in that location, and based on my knowledge, they have the capacity to add those (200) jobs without any work on our part," Beaty told Talk Business & Politics.

Littleton said in the press release that "economic stability and potential talent pool of our local workforce" are reasons Sykes added the jobs in Fort Smith.

"This announcement underscores that Fort Smith is a great city from which to run a business and it is a testament to Fort Smith’s diverse economy," Tim Allen, president and CEO Fort Smith Regional Chamber of Commerce, said in the statement. "This announcement is not only great news for SYKES, but for Fort Smith and the many people who will enjoy employment as a result of this continued growth."