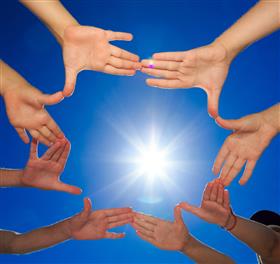 Chennai, India, April 19, 2021 -- The number of calls received at Tamil Nadu’s Covid-19 helpline-- 044-29510500, has peaked with the alarming rise in the number of infections in the state during the second wave of the viral disease. The authorities have hired additional eight hands to man the center housed at the directorate of public health (DPH) in Chennai.

A helpline staff said it takes six people in each of the three shifts to respond to about 1,800 to 2,000 calls received daily these days. Dr Praveen Sunder, a new recruit, was asked to leave his field duty to man the helpline’s need for manpower.

"Because of the surge in cases we are getting more calls, so I was brought in from April 1," says Sunder. As a doctor employed with the directorate, Sunder was involved in distribution of medicines for Covid treatment and spreading awareness last year. Now, on the helpline duty, he claims he answers 100-150 calls during his eight hour shift. On an average, the Center has received more than a 1,000 calls every day since mid-March, said another helpline staff.

The calls to the helpline are handled by doctors, health inspectors and other staff of the public health directorate, who share relevant information with the callers following the Covid-19 guidelines released periodically by the state government. A television plays out news 24 hours at the center, allowing the shift in-charge to update staff on the latest Covid-related regulations and other developments.

Most calls that Sunder and his colleagues receive these days are queries on vaccines and e-pass rules. "They call to find out about any precautionary measures to take before getting vaccinated, what kind of side-effects they can expect and many people are also confused over the interval between the two doses," said Sunder. "Some of them also call if they have a headache or any sort of pain after getting vaccinated. If they test positive, they ask if they can remain in home quarantine and when they should take a CT (Computed Tomography)".

However, when people in medical emergency situations tend to call Tamil Nadu’s 108 ambulance service, he said.

The helpline also receives calls from other states and even countries to know if there will be a lockdown in Tamil Nadu and if they require an e-pass to enter. "People call us from other countries like the UK and Canada before they plan their travel," says Sunder.

His colleague who did not wish to be named has been working in the control room since last March when Tamil Nadu reported its first infection. She said the number of calls had increased to the levels seen between March and July last year, adding that in February she used to answer less than 35 calls, which has more than doubled to around 100 now.

Tamil Nadu reported 6,993 daily cases on July 27 at the peak of the infections last year, which has been surpassed this year during the second wave with record 7,819 cases registered on April 14.

"We are like a hub," she says. "When we get specific queries on testing centres or bed availability, we connect the callers to our district centres."

However, there are a few complaints with the helplines at the district centres. For instance, a resident of Chengalpattu district, who didn’t wish to be named, said he called the local helpline-- 044-27427412 twice to complain against an infected person, who was roaming freely within their apartment complex. "We have elders and kids who live here and I’m worried," he said. "They just forwarded my complaint to the local municipality to fumigate the place and put a notice in that person’s house, but till now, no one has turned up to take action."

Apart from the general helpline, the Greater Chennai Corporation has reopened a tele-counselling helpline for those in home isolation. It has a hundred parallel lines to ensure the helpline isn’t engaged.