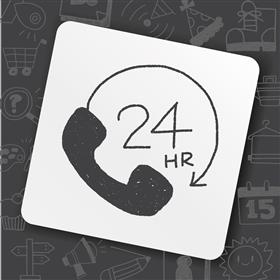 Chennai, India, Sept 15, 2021 -- The counseling session is for nearly 1.12 students who wrote the NEET exam in Tamil Nadu. Meanwhile, the minister announced that the second mega vaccination camp is been postponed to September 19.

"The psychiatric counselors will contact the students who have appeared for NEET exam, the counselors in the war room will be able to interact with the students where they can exchange their depression or fear over the NEET exam. They would give counseling like for example, even if the student fails in one exam they can try and achieve in the next one. So, the National Health Mission (NHM), DMS, DME has sent 12 types of content to the counseling team," said the health minister.

"So, only after the students’ approval, the team will talk to them, and also parents can talk to the counseling team where they can give some confidence to their children. Even I have spoken to three students, where two of them said that the paper was hard and they were worried, but one student was happy as he wrote the paper well. The state continues to take steps to cancel the NEET exam, and to overcome exam fear the helpline has been launched at 38 districts," he added.

However, they have targeted the counseling helpline for 10 – 15 days, even if it takes more than 10 days, all these 1.12 lakh students will be given counseling, but the priority is given to the students who have attempted NEET exam more than one time.

As the 108 toll- free ambulance services were launched in 2008 during the former chief minister M Karunanidhi’s government has stepped into 13th year on Wednesday. However, the 104 ambulances would be charged, so from today it would be toll – free.

"As the second mega vaccination camp was planned to be conducted on Friday, is been postponed to Sunday (September 19), as the state has only 17 lakh of vaccines in stock. And we have been urged by the union government to send more vaccines to the camp. As many vaccination camps in the state have faced shortage by noon, so to avoid such situation more vaccines will be distributed at those camps," said Subramanian.