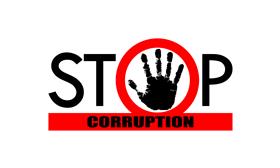 Zanzibar, Tanzania, Dec, 2018 - Zanzibar has stepped up campaign against sexual corruption in institutions of higher learning by launching a free helpline (116) and desk at the State University of Zanzibar (SUZA).

The launch of the helpline and the desk will encourage people particularly students to report cases of sexual corruption without fear.

SUZA and the 'Zanzibar Gender Coalition (ZGC)' are implementing the programme with support from 'Women Fund Tanzania (WFT)' amid increasing debate about lecturers and teachers demanding sex from students to boost marks or enable them pass exams.

"We are deeply disturbed by recent reports about teachers and lecturers in universities and other higher learning institutions, seeking sexual favour from their students in exchange of better grades. We should unite against this evil behaviour," Ms Mwandawa Khamis Mohamed from ZGC said at a press conference on feedback report after the '16 Days of Activism,' yesterday.

Flanked by Ms Asha Aboud and her colleagues from ZGC, Ms Mohamed urged students and anyone to report attempts by University staff to demand sex bribes in exchange of better learning environment including good marks.

She said that during the 2018 '16 Days of activism' the issue of sexual corruption was widely discussed by students from SUZA, the gender coalition, and other stakeholders concluding that "Sexual corruption, is a problem in Zanzibar although, like other corruptions, it is done under great secrecy and is under reported."

Ms Aboud said that her NGO is still studying to find out the magnitude of the problem in Zanzibar, but according to the students' testimonies, sexual corruption is common, necessitating call for unity to address it.

"No female student should be afraid of teachers/lecturers/professors;, they should all get equal services from the university staff," Ms Aboud said, adding that teachers are supposed to be role models and nurture student's learning and development, not sexually abuse them.

Amina Talib Ali, a lawyer, said at the press conference that any sexual abuse against children and students is a serious violation of their rights, which must stop.