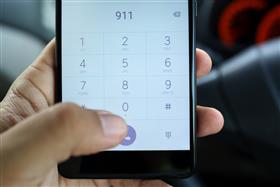 Dekalb, GA, USA, Aug 21, 2018 -- We first told you the story of a Kirkwood woman who was on hold with 911 for more than five minutes while a man was trying to break into her house on Monday.

When a DeKalb County dispatcher picked up her call, the woman was told she needed to be transferred to Atlanta’s 911 Call Center.

People who live in both DeKalb County and the City of Atlanta are using their cell phone to dial 911. Their calls are going to the nearest cell tower, which often sends them to DeKalb County’s 911 Call Center when they should be getting Atlanta Police.

IXP handles 911 calls and dispatching for Sandy Springs, Johns Creek, Dunwoody and Brookhaven. Pierce said the crossover problem is not unique to Kirkwood.

"We do have a cell tower in the area of Wieuca Road and Highway 9, but it actually sits in the City of Atlanta," he said.

Aside from building new towers, he said there is a fix that could be implemented.

"As you look up at a cell tower, you can see that there are generally four sides to that tower, and each sector can be cordoned off to go to a particular public safety answering point," Pierce said.

On Monday, Christian told us that she was on hold for more than five minutes during her emergency.

"We don’t generally have a wait time," Pierce said. "We try to avoid a way time by having enough call takers."

Pierce said for the last nine years, 90 percent of their emergency calls were answered within 10 seconds, though he admits DeKalb County’s call center is busier.

"All 911 centers have a queue," Pierce said. "Anytime you call 911, there’s no way to prioritize until you get that call. Then you prioritize the call depending on the type of call you tell us it is."

For more than 20 years, IXP Corporation (www.ixpcorp.com) has been recognized as the company that public safety and security organizations rely on to tackle their toughest challenges. With headquarters in Princeton, N.J., IXP serves municipalities, colleges, universities, hospitals, corporations, and utilities nationwide. IXP provides a total solution methodology that incorporates governance, operations, technology, and facilities.