News : Telangana Police to Set Up Call Centre for Women in Distress 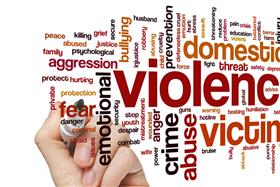 Hyderabad, India, June, 2021 -- Continuing with their efforts to ensure safety and security of women in the State, the Telangana Police will soon introduce yet another initiative to help women who are facing domestic violence.

Concerned by the increasing number of calls received by the police from women facing domestic violence, the Women’s Safety Wing (WSW) of Telangana Police Department has decided to extend help to women in distress including providing online counselling for them.

After cracking the whip against eve-teasers through SHE Teams regularly and initiating stern action against those harassing women through mobile phones, the WSW has decided to start an application-based call centre to help women facing domestic violence.

The number of telephone calls received by the department from such women increased after the lockdown was imposed to contain the spread of Covid-19 in the second wave. Some women complained that their husbands were beating them regularly while others complained about the nuisance created by their husbands in an inebriated condition. There were also complaints against men forcibly sending their wives out of their home.

"We will launch the facility shortly as we are presently working on technologies that are involved in it and also identify the partners who will do counselling in English, Telugu and Hindi as preferred by the victims," Additional Director-General of Police Swati Lakra told Telangana Today. The facility will be linked to emergency number 100. "We will be able to divulge more details once we address all the technical issues," she said, adding that as many as 200 volunteers will also be trained with experts on how to give proper counselling to the victims.

"We are preparing the application in such a manner that a constant vigil will be maintained to assess whether proper guidance was given to the victim," she said, adding that it was only an added facility to help women. The WSW will first take up domestic violence cases on pilot basis and later other problems including dowry harassment and human trafficking being faced by women will also be dealt with.