News : Telangana: Women Helpline Gets At Least 50 Calls per Day 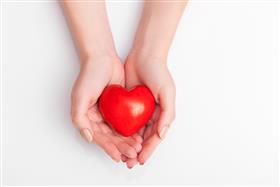 Hyderabad, India, Sept, 2017 -- As per the records of the Women and Child Welfare Department, at least 50 calls are recorded at the call-centre. Incidentally, these calls come in from women in distress across the state.

Mostly, it is women who have suicidal tendencies and those mentally perturbed who contact the helpline. "The department has always considered the safety and protection of women to be the top priority of the government," said an official of the department.

Reiterating that women of the state can always call the number on any harassment or trouble they are facing. Whether it issues of sexual harassment, trafficking, stalking, domestic violence or dowry harassment, the helpline will be at their beck and call, he said. The technical support to the programme, is extended by GVK-EMRI and works throughout the year.

Explaining their operations, officials of GVK-EMRI said, once they receive a call, the information is collected and is immediately sent to the closest police station. Later, the police arrive at the scene and take the women to the closest Sakhi Centres, Bharosa Centre or Medical Care Units, depending on the situation.

"The women would then be counseled from special officers who would present at the site. Presently, the track record has been very fast. Our officers have responded to these calls in less than few seconds. Once the victim is counseled, we ask her if she would feel safe at the place of harassment. If she is still jittery then we take her to a Swadhar Home or short-stay home for rehabilitation," said Sharada, a project officer with the department.