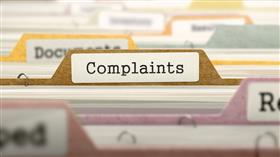 The grievances, which were reported on four dedicated channels of the Nigerian Communications Commission (NCC), had to do with billing; call centre/customer care; quality of service/experience, sales promotions and advertisement, among others. Billing issues include an unexplained change in the account balance and the inability to change tariff plans.

The about 179 million active subscribers in the country are to be protected, according to Sections 104, 105, and 106 of the Nigerian Communications Act 2003.

According to a document obtained from the NCC yesterday, the four channels through which subscribers laid the complaints include the commission’s Contact Centre (622); Consumer Portal against Service Providers; social media and correspondences.

Analysis by The Guardian of the document titled: ‘’Trend Analysis on Complaint Received from January to October 2019 in Consumer Affairs Bureau,’’ showed that for the period under review, 18, 717 complaints were received via the 622 channel; 764 through the consumer portal; 315 via social media and 181 written words.Of the 19,977 complaints, NCC was able to resolve 13, 282 while others are pending.

Compared to 2018, there was a major leap in complaint resolution this year. The Guardian checks showed that across the channels in 2018, about 40, 380 complaints were received, while 24,281 got resolved.The regulator claimed an average of 96.66 percent complaint resolution rate as against 57.65 percent in 2018 just as the contact center confirmed a 39.01 percent improvement.

However, for petitions, the scorecard fell with the commission acknowledging 53.22 percent as against the 86.47 percent tally of 2018, indicating a 33.25 percent decline. Speaking on the document, the NCC Executive Vice Chairman, Prof. Umar Danbatta, explained that the exercise was geared towards harnessing extant policies, regulations and guidelines for the protection, information, education and empowerment of telecommunications consumers in Nigeria.