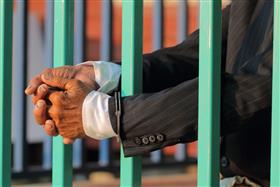 Providence, RI, USA, Feb, 2021 -- A key participant in a telemarketing fraud scheme that preyed on the trust of individuals has been sentenced to 24 months in federal prison.

Manish Kumar, 32, an Indian national, previously admitted to the court that he directed telephone calls to call centers in India as part of a scheme to mislead individuals into believing that their computers were infected by malware, and to buy computer protection services from call center operators. The call centers perpetuated the falsehood that malware had been detected on the callers’ computer, convincing callers to provide payment information to purchase putative technical support services. No putative services were provided.

As part of the scheme, those who had been misled, were later victimized again. Call center operators called back and told the victims that they were entitled to refunds. The operators would then mislead the victims into believing that they had accidentally been sent far in excess of the refund amounts and urged the victims to return the overage. Because no funds had actually been sent to the victims, in "returning" the overage, the victims were actually parting with more of their own money. Kumar admitted to providing money routing services for this component of the scheme. Kumar provided the call center operators with a bank account in the United States, where the victim money would be sent and then forwarded to Kumar and his coconspirators.

Additionally, Kumar admitted that he had obtained information sufficient to place charges on thirty-seven credit card accounts of U.S. residents and had taken steps to have fraudulent charges placed on those accounts.

Kumar was arrested by FBI agents on August 24, 2019, as he deplaned in New York City from a flight from India and ordered detained in federal custody.

Kumar pleaded guilty on November 5, 2020, to conspiracy to commit wire fraud, four counts of wire fraud, and two counts of aggravated identity theft. He was sentenced on Thursday to 24 months in federal prison to be followed by 3 years supervised release, and to pay restitution in the amount of $5,000. As part of the investigation, FBI was able to intercept some of the fraudulently obtained funds and return them directly to victims, making additional restitution unnecessary.