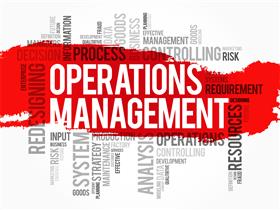 Enniskillen, Northern Ireland, March 4, 2020 - Five years after it took over the former Quinn Direct centre in Enniskillen to great fanfare, Teleperformance have handed management of the business back to Liberty Insurance.

Teleperformance took over management operations at the Carran Business Park call centre in Enniskillen, which is Liberty Insurance’s base in the North, in October 2015.

The take-over attracted no shortage of publicity at the time, with then Finance Minister Arlene Foster and Invest NI among those on hand to celebrate the company’s pledge to bring 800 jobs to the town.

Questions have been raised over the past number of years about exactly how many of those 800 jobs actually materialised, however the company has been continuously recruiting. In fact, even on Monday after it had been confirmed the company would no longer be operating the centre Teleperformance were still advertising jobs for customer service advisors.

A spokesman for Liberty Insurance has assured the Herald that all those hired by Teleperformance to work for Liberty over the past number of years would be kept on.

The spokesman said that following a review of Liberty’s operating model in its European market, the company had decided "to re-integrate our call centre in Enniskillen into the Liberty business."

"For the last five years the call centre in Enniskillen has been serviced and operated by Teleperformance on behalf of Liberty Insurance," said the spokesman.

"A consultation process is currently underway between Teleperformance and all affected staff. Liberty Insurance is working closely with Teleperformance to ensure the continuation of excellent customer service to Liberty customers.

"It is expected that the consultation phase will be concluded by April 1st, after which Liberty Insurance will assume responsibility for the Enniskillen call centre and its employees."

The spokesman added: "All employees currently working on the Liberty Insurance account in the Enniskillen call centre will have the opportunity to continue to do so, with no change to their terms and conditions."

"This decision was taken with a view to consolidating and improving Liberty’s business for the benefit of customers and staff, and reflects Liberty’s commitment to investing in our processes, technology, people and brand."