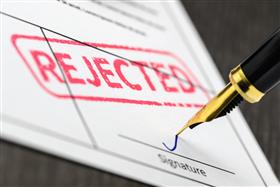 Sydney, Australia, July, 2019 -- Telstra ran the numbers on bringing all of its call centres back to Australia, and decided against it on grounds of cost and complexity.

The carrier’s CEO Andrew Penn revealed the investigation was "one of the first things [he] did" in 2015.

Penn’s remarks were made while speaking to Sydney shock jock Ray Hadley, who opined that offshore call centres worsen customer service and asked where Telstra's are currently located.

Penn said Telstra’s offshore centres are "predominantly" in the Philippines, with others in India.

Hadley pressed for details about the proportion of calls handed offshore, at which point Penn said, "When I first came into the role, one of the first things I did [was to] look at whether they could be brought back onshore."

Hadley asked why it didn’t happen.

Penn responded "There was a very significant capital investment required and ultimately we actually decided that … and not only cost, there were also capacity issues in Australia."

The CEO added that "it would take many years" to repatriate call centres "and we made a decision to invest in the underlying infrastructure of the systems and processes to try and improve the level of service. And to radically simplify our products."

That, of course, was a reference to Telstra’s T22 restructuring plan.

Penn told Hadley that plan is working, saying "the number of calls going into our call centres since 2016 has dropped from about 50 million a year to under 30 million."

"We are making some headway. I know if a customer gets a poor experience they are then speaking to someone who is perhaps not in Australia and doesn’t appear to fully appreciate the experience, which can add frustration.

"But I can also tell you that in terms of our customer surveys the service that our call centres internationally give to customers is as good or sometimes better from our onshore ones."

At one point in the interview Hadley pressed Penn to create a special service for frustrated customers, especially older Australians.

Penn responded that Telstra has already created specialist roles in its call centres, a "regional, rural and remote team, a special moves team, a medical priority assist team" for those with life-threatening conditions, plus a dedicated small business team.

"The dynamic is that if we are connecting 4000 homes a day to the NBN… one person can’t deal with all that," he said.

Penn extrapolated that number to over 100,000 Telstra NBN signups each month, a figure that means the carrier is winning massive market share.

The interview also saw Penn defend NBN Co and its work to improve the interface between the wholesaler, retail service providers and consumers, and defend Telstra’s efforts to improve service.

At one point in the interview Hadley weighed in with his opinion that the NBN "should have been done through a satellite, not replacing copper wires" and said that’s the way broadband was delivered to part of Great Britain.

Which we mention because Hadley is Sydney's most-listened-to morning broadcaster, is widely syndicated beyond the harbour city and has a rusted-on audience - many of whom now probably believe that satellite internet is a great idea.

Penn responded by explaining that latency is the enemy of satellite broadband, detailing the multi-technology mix and even revealing that his own home will receive a fixed wireless NBN connection. When it arrives.