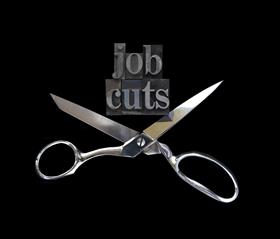 Melbourne, Australia, June 4, 2019 -- Telstra will axe a quarter of its contractors over the next two years in a ramping up of the massive cost cutting and simplification program at the centre of chief executive Andy Penn's make-or-break T22 strategy.

The cuts will see about 10,000 contractor roles disappear over the next two years, on top of the 8000 cuts to Telstra's permanent staff announced last June. By 2022, Telstra will have shed close to 20,000 roles, as well as flattened its management structure and slashed its product line from 1800 plans to just 20.

Speaking on Tuesday a year on from the unveiling of his T22 plan, Mr Penn called the program "the most profound change Telstra has ever undertaken".

He said by the end of June, the telco provider would have announced 75 per cent of the in-house job cuts, and that it would now be taking the axe to contractors.

Telstra has ambitious targets to reduce its reliance on call centres by shifting to automated customer service systems. As a result, jobs in this sector stand to be slashed.

"Call centre call volumes have come down from 50 million to 30 million," Mr Penn said. "We're targeting to get those ... down to 12 million. You have to do a lot of heavy lifting before you see the volume fall away. But then as the volume falls away that will then play more into the indirect side because of the nature of work that they're doing."

He said technical field service contractors, employed through companies like Tandem or Service Stream, would also face the chop.

Mr Penn said the "human dimension" of the mass redundancies was "very challenging", but he said the company's priority was to use technology to "reduce the amount unnecessary activity that gets driven into the business".

Last year Telstra spent $5.157 billion on wages and salaries. The job cuts should reduce this by well over $1 billion by 2022, when the total savings from the T22 cost-cutting programs are expected to reach $2.5 billion.

The Australian Council of Trade Unions immediately jumped on Tuesday's announcement, calling Telstra's job cuts "one of the largest sets of corporate cuts in Australian history".

"Telstra have chosen to put profits ahead of people, jobs and service. This is a betrayal of the people who work for them and those that rely on their services," ACTU assistant secretary Liam O’Brien said.

But New Street Research analyst Ian Martin said the job cuts were an "inevitable" byproduct of the migration of customers from Telstra's copper network to the National Broadband Network. "The awkward part is it's lost half of its copper customers before it has time to adjust," he said.

On the effectiveness of Mr Penn's T22 strategy, he said: "The jury will be out until we start to see some upside. That may not happen till next year, and possibly not until the year after that."

Mr Penn used the bulk of his speech at the Morgan Stanley Australia Summit in Sydney to talk about digital disruption and the rise of 5G, predicting the world was at the dawn of a "fourth industrial revolution".

Telstra has made an early start on construction of its 5G network, both by domestic and international standards, and Mr Penn admitted it was building the network without a clear idea of how 5G would be used.

"One question I am often asked is what will 5G’s killer app be? What will be the primary use case?" he said.

"When we launched 4G nobody knew for sure how it would transform video streaming to the point today where video makes up the majority of traffic on 4G. It will be the same with 5G. The best way to answer this question is to get it into the hands of our customers and developers as soon as possible," he said.

Another key part of the T22 strategy is to move to the "agile" style of management, which does away with traditional hierarchical, department-based ways of working, replacing them with much more flexible methods. Mr Penn said agile management structure would be introduced "at scale across [the] business" from July 1.