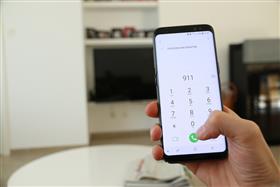 Jefferson County, AL, USA, Jan, 2020 -- For the past few months the public has been able to text 911 in Jefferson County. And the new technology is already paying off. Text messages to the call center were used to locate a kidnapping victim and alerted deputies to a robbery.

First it's important to remember calling 911 is best whenever you can for the fastest response. But in some cases a text may be the only option.

Paighton Houston reportedly texted a friend the December night she disappeared saying she may be in trouble. A text to 911 would have alerted police and given her location.

"It's live and functional. If you have an emergency use it," says Jefferson County 911 Center Director Donnie West. In the last two weeks they had texts about firearms, suspicious individuals and a robbery.

Some other useful situations would be when a person is incapacitated with a medical issue or when there is an intruder in the home and they need to be quiet.

The text message arrives at the call center in a few seconds. You'll get a reply asking for your location and do you need police, medical or fire. If you can't answer, information will be used to locate you.

Roughly 80% of the state's population is now covered by the 911 texting service. The remaining areas should be live by next summer.

The next wave of technology will be pictures and live video coming into 911 allowing rescue crews to assess the scene before arrival. Right now Chilton and Morgan counties have that capability. Jefferson County should go live with it in a few months.

Today's Tip of the Day - Choosing A Solution