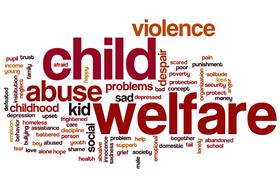 Thiruvananthapuram, India, June 27, 2018 -- The Kerala State Council for Child Welfare’s Thanal project, with a toll-free helpline 1517, has received over 9,103 calls since its launch seven months ago.

Started with the aim of helping children and their parents in distress, Thanal has a call centre in the city that receives calls from across the State on issues, ranging from child abuse, marriage, and labour, drug abuse, issues related to school or studies, illnesses, and so on, says Thanal State coordinator K. Bahuleyan Nair. The calls are then transferred to district coordinators and counsellors. Thanal recently received an anonymous call that adolescents were being supplied drugs from a shop in the city. The volunteers conducted an enquiry and informed the police. In another case, a call was received that higher secondary students were hanging around a street after using drugs. Thanal volunteers and authorities of the panchayat spoke to their families, informed the police, and sent the students for counselling or treatment. School-related drug cases in which students are supplied drugs by fellow students are also reported.

Thanal receives calls from children complaining of sexual abuse. Some even allege their parents’ complicity in their abuse. " Appropriate action is taken at the district level, such as registration of cases under the POCSO Act," says Mr. Bahuleyan. One call recently was about a woman with a newborn lying in a waiting shed on the premises of a government hospital. The woman could not go home, so Thanal volunteers intervened.

Thanal is also called on to help in a range of other issues. Parents call up asking about adoption procedures or their wards’ learning disabilities. One mother complained her teenage son was harassing her sexually after substance abuse, but did not want anyone to know about it, while another said she was being threatened by her son with a machete. Children call up Thanal alleging their parents’ liquor habit was disrupting their studies or about a parent’s neglect or relationship with others leaving them disturbed.