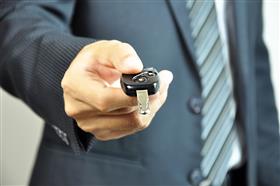 Thane India, Oct 28, 2016 -- The Thane police that is probing the fake call centre and is on the lookout for Sagar Thakkar alias Shaggy, suspected to be the mastermind of the scam, have learnt that the 3 crore Audi R-8 vehicle that Thakkar had gifted his girlfriend had been purchased from the current Indian Test captain Virat Kohli. The police said that the cricketer was not aware about Thakkar’s background and was not linked to the scam in any way.

"We have seized the Audi R8 vehicle, worth Rs 3 crore, that Thakkar had purchased from the proceeds of his ill gotten wealth. On enquiries, we found that he had purchased the vehicle from cricketer Virat Kohli," DCP Parag Manere confirmed to The Indian Express. Manere added, " Kohli obviously did not know about Thakkar’s background and is not linked to the case in any way." The police seized the vehicle from Ahmedabad and were getting it to Thane on Friday.

An officer said that after purchasing the vehicle Thakkar had gifted it to his girlfriend. It is suspected that Thakkar is currently holed up in Dubai along with his sister Reema, who is also suspected to be involved in the call centre racket."We suspect they have some relatives there. Our efforts are on to get them back in the country," the officer said. While Thakkar was born in a middle class household in Borivali, he later moved to Ahmedabad from where he is suspected to have learnt the tricks on the trade as far is running these fake call centres are concerned. After setting up call centres in Ahmedabad he also set up call centres in Mira Road – Bhayander belt.

The call centre scam was busted on October 5 when Thane police raided 12 call centres in the Mira Road-Bhayander area where employees would make calls to US citizens posing to be from their Internal Revenue Service (IRS). They would then threaten the US citizen to instantly settle the tax default by making a payment to them. The police suspect that Ahmedabad was the hub of these call centres and those who were successfully operating these call centres there had then moved to the Mira Bhayander stretch. The US Justice Department on Friday charged 61 persons in connection with the IRS scam including US citizens