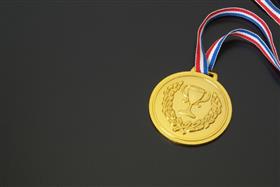 Cambridge, MA, USA, March, 2017 -- Fuze, a cloud-based communications solution for the modern global enterprise, announced its role as the communications vendor of choice for The Associated Press (AP) during the 2016 Olympic Games in Rio de Janeiro, Brazil.

Throughout its coverage of the Summer Games, AP journalists, photographers, and camera crews used the Fuze mobile application to manage calls over the course of the event, wherever the story took them.

"One of our goals is to develop tools to help businesses connect their people no matter where they need to get work done," said Derek Yoo, CTO, Fuze. "We had the opportunity to support AP in doing what it does best – telling great stories and in this case, bringing the spirit and the action of the Olympic Games to an international stage. Seeing our application enable journalists to get the scoop on the ground in Rio and communicate instantaneously with news bureaus all over the world was exciting. It is a great example of how the cloud can enable a highly distributed and mobile workforce."

Having deployed Fuze’s global voice service since 2014, AP knew it could trust Fuze’s redesigned mobile application for staff covering the Olympic Games. Knowing they would face connectivity challenges and likely turn to personal phones if IT-sanctioned tools caused frustration, the IT team equipped its staff with a communication solution that could operate seamlessly with an intuitive UX.
"Fuze was the clear option for us when we needed to set our teams up for success at the Olympics," said Steve Moyes, director of technology support EMEA/Asia, AP. "We needed a superior UX to make sure that calls were made at the right place and the right time to keep track of changing schedules, facilitate introductions, and meet tight deadlines – all without having to invest in expensive hardware for local calls or excessive international dialing fees, which can quickly add up without flexible cloud-based communications. A trusted network and a seamless user experience on their own devices made the process familiar despite the foreign assignment."

Fuze Digital Solutions is a privately-held and profitable company focused on providing comprehensive, affordable and easy to use software. The Fuze Suite is a completely web-based eService solution that includes a searchable knowledge base, personal finance content, email and contact management, e-alerts and targeted marketing functionality.