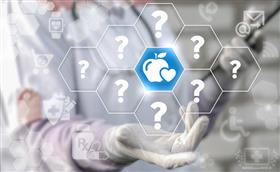 Thiruvananthapuram, India, June 24, 2019 -- As part of its effort to effectively address customer grievances, the Kerala Commissionerate of Food Safety for the first time is gearing up to launch a grievance redressal platform which would keep the complainant on the loop.

To make the initiative a reality, it has tied up with the Citizen Call Centre run by the IT Mission for managing the food safety toll-free number – 1800-425 -1125 - which would function 24 hours.

A top official of the Commissionerate told DC that the complainant now on would get an email intimation or SMS on the status of the complaint forwarded to the concerned food safety officers across the state.

The toll-free number has received around 200 to 250 calls between April and June this year.

However, the inadequate number of vehicles and food safety officers are a major handicap.

"The complaint would be dealt with depending on the gravity of the issue as we don’t have vehicles at all districts. We have taken this with the government, and they have promised to help," said the official.