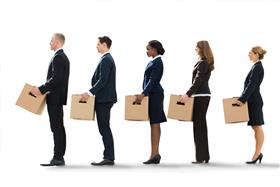 The losses include 547 customer service workers, 38 team leaders and 55 other employees, including administrators, quality assurance workers and recruiters, according to a notice the company filed with the Idaho Department of Labor.

Sykes spokeswoman Dana Wiederman originally told the Idaho Statesman in an email that the layoffs were due to changes in a client's business needs. Later, she wrote back to say "changes in Sykes' business strategy" were responsible for the reduction in employees. She said the company was moving some of its services out of Boise.

Wiederman declined to say how many workers Sykes had remaining at the company's office on the Hewlett-Packard campus on Chinden Boulevard in northwest Boise.

"Our staffing levels vary depending upon client need, particularly as some work involves seasonal changes," she wrote.

The layoffs took effect Tuesday. Workers will receive pay and benefits for 60 days as they look for new jobs, Wiederman said.

"We are actively looking to bring new business to our center in Boise and continue to provide new career opportunities for residents of the Boise metro area," she wrote.

The notice, filed to comply with the federal Worker Adjustment and Retraining Notification Act, said Sykes was working to transfer some of its laid-off workers to the company's virtual call center business, Sykes Home. It did not say how many employees would be offered jobs there.

Georgia Smith, a spokeswoman for the Idaho Department of Labor, said she anticipates many of the workers will quickly find other jobs. Since January, the unemployment rate in the Boise area has fallen from 3.6 percent to 2.4 percent in May, and other employers are actively recruiting workers, Smith said.

She said many employers are aggressively recruiting for workers, even setting up booths at festivals and other events.

"We anticipate with the skill sets, the abilities and the experience that these people have, there's a pretty good chance that they could get employed quite soon," Smith said.