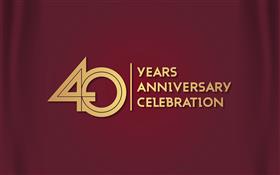 The center, which began operation in 2015, is able to assist callers with stations that include 10 computer monitors that can trace calls, provide video coverage from cameras located on cell towers, and send and call emergency personnel. When individuals call the 911 Emergency Communications Center they are talking with a member of the current telecommunication staff, which has a combined 163 years of experience answering emergency calls.

At Thursday’s open house, state Rep. Clint Owlett and commissioners Mark Hamilton, Roger Bunn and Erick Coolidge attended and spoke of the the emergency centers service to the community.

Director David Cohick and members of the emergency staff led tours of the facility at the open house during which they explained the history and changes to emergency response.

Benton Best, Emergency Management Coordinator was recognized for his service and congratulated on his new endeavor in California. Best will work in governor Gavin Newsom’s office of emergency services.

"I will be creating a new unit on behalf of governor Gavin Newsom to provide technical assistance from the state to help the counties plan to include access and functional needs: people with disabilities, elderly and children. After the campfire in Paradise they learned that the 85 people that died all had access and functional needs. So, they are looking at ways they can include them more in the planning process," Best said.

Though Best is leaving Tioga County emergency services, he was grateful for the opportunities this area provided.

"This area is where is started my career in public safety so I will be eternally grateful for the opportunities I have had here. I started as a volunteer firefighter, became a 9-1-1 operator and then left for a while and came back as the emergency management coordinator. I have had the opportunity to see a couple different levels. It’s bitter sweet to leave. It’s a neat opportunity in California, but I will miss the folks that work here," Best said.

Attendees were treated to a helicopter landing and had the opportunity to tour the emergency response vehicle.

Pilot Pat Baker served in the U.S. Army for 23 years before retiring.

"I retired in 2018 and started looking around at what I was qualified to do and what I wanted to do and what would be a rewarding thing to do. I’m from Harrison Valley. So this is like flying for the people in my hometown. It’s cool to land and see somebody that I saw at the Dandy. It’s fun," Pat said.