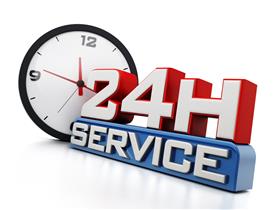 Tokyo, Japan, June, 2018 -- The Tokyo Metropolitan Government opened a call center for foreign visitors to improve communication with businesses and other organizations of interest.

The center will be open 24 hours a day and provide guidance and translation services in English, Chinese and Korean.

It also provides information about tourist events and how to use public transport. Non-Japanese can even ask to have their inquiries interpreted at shops and restaurants.

Furthermore, travelers can send pictures of brochures and signs to the center by email to have the text translated into one of the three languages.

Calls to the center are toll-free and its services are free of charge, aside from internet access fees.

"What foreign tourists struggle with the most is the language barrier in getting information about tourist attractions and how to use public transport," said an official at the metro government’s Bureau of Industrial and Labor Affairs.

The official said the new call center hopes to focus on those issues, unlike Tokyo’s past attempts.

"We had set up multilingual call centers in fiscal 2015 specifically for businesses, namely hotels, restaurants, tax-free shops and taxi businesses" to facilitate communication with their customers, but this time the focus is on helping travelers who don’t understand Japanese, the official said.

The Japan Tourism Agency found that communication issues were the biggest problem for visitors, a September-October survey found last year.

About 26 percent said they had trouble communicating with service staff, while some 22 percent said they struggled to understand Japanese signs and maps, citing the lack of multilingual versions or comprehensible translations. Respondents also cited the lack of free Wi-Fi and the complex public transport system as additional hindrances.