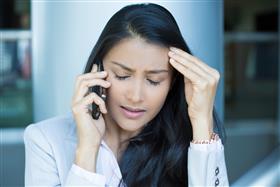 Johannesburg, South Africa, March, 2020 -- Not being able to get through to a call centre is a consumer’s nightmare, next to long waiting times that deplete airtime balances, a flurry of security questions and being transferred from one person to another in rapid succession.

Openserve, which handles the backbone of Telkom’s network, blamed "a multifaceted fault condition". In fact, it seemed to go out of its way to be opaque.

In a statement, the company said the restoration process "involved complex actions that were conducted both on the physical and logical layers of the voice platform".

It added: "Some infrastructure elements that were identified as the cause of the breakdown were replaced and software configurations restored."

Independent website Downdetector reveals that the problem affected calls made from all parts of SA. The site allows users to rate their networks, and Telkom has a low average of two out of five stars.

Telkom has a one-star rating on consumer complaints website Hellopeter, from almost 90,000 reviews.

If anything, the scale of the failure is an indication that call centres still have a place in SA’s evolving business landscape, despite shifts in technology and consumer behaviour that have resulted in layoffs for many people employed in these roles over the past year.

In January, Telkom experienced an internet disruption due to breaks in two undersea cables connecting SA and many other African countries to Europe.

The breaks off the coast of West Africa resulted in glacial connection speeds for South Africans using internet service providers such as Afrihost, Vox and Home-Connect, which use Openserve’s network.

A cable-repair ship was sent to the scene from Cape Town, after delays caused by high winds. Internet service was fully restored only about a week before the call-centre debacle.

Telkom SA SOC Ltd. is a wireline and wireless telecommunications provider in South Africa, and operating in more than 38 countries across the African continent. Telkom is a semi-privatised, 39% state-owned company.