News : Too Many Calls, Too Much Harassment: France Shuts Helpline 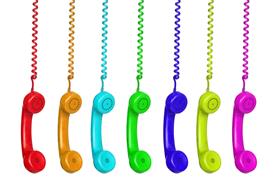 Paris, France, Feb, 2018 -- A support group for victims of sexual harassment in France said it was forced to shut its helpline after receiving a deluge of calls in the wake of the Harvey Weinstein sex scandal.

Paris-based AVFT, a national association helping women who have experienced violence at work, said it was "overwhelmed" with a backlog of cases that had piled up over the past two years so could take no more calls.

"For several months we have been submerged by requests, which has forced us to take a break in order to respond," a voicemail message told people phoning the line on Thursday.

A slew of allegations of sexual misconduct against Hollywood mogul Harvey Weinstein last year sparked the #MeToo campaign, with women and men using social media to talk about their experiences of harassment at work.

The scandal prompted a rethink of attitudes toward harassment in France, a country that cherishes its image as the land of seduction and romance.

Last month, French actress Catherine Deneuve sparked an outcry by saying the #Metoo campaign had gone too far and amounted to puritanism.

French women have meanwhile been sharing their stories on social media under the name-and-shame hashtag #BalanceTonPorc - or 'expose your pig.'

AVFT, which has given legal help to victims since 1985, said the heightened focus on how men treat and mistreat women at work had resulted in a higher number of women seeking its services.

More than 220 got in touch in 2017, a two-fold increase on 2015 - leaving its five staff overwhelmed, the group said in a statement on Wednesday.

It called for an increase in government support, saying subsidies had not increased in 13 years.

Clemence Joz, a legal advisor for AVFT, said the group was hoping to re-open its line as soon as possible.

"I cannot say how long it's going to be," she told the Thomson Reuters Foundation by phone. In November, French President Emmanuel Macron unveiled measures aimed at educating the public and schoolchildren about sexism and violence against women and improving police support for victims. He also proposed criminalizing street harassment.