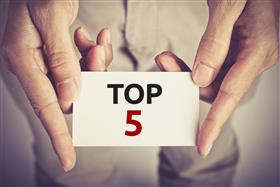 Merseyside, UK Dec, 2020 -- The importance of keeping 999 lines open for emergencies only at Christmas and the New Year is being highlighted by Merseyside Police which has compiled its top five time-wasting 999 calls of the year.

Thousands of pounds of public money and many hours of police officer and staff time are wasted each year due to hoax calls and misuse of the 999 system.

Last year, Merseyside Police call handlers took about 230 calls to the 999 emergency number that were logged as ‘hoax calls’.

Merseyside Police’s Call Handling Manager Don McShane said hoax callers not only hinder the police response to genuine emergencies but risked putting people’s lives at risk, and they faced being prosecuted for their actions.

He said: "Christmas and New Year are traditionally among the busiest time of the year for the police, and especially for us in the Force Contact Centre, so it’s especially important to ensure the real emergency calls get through.

"Unfortunately, we do get calls that are clearly not emergencies. One year we even got a 999 call to ask us how long to cook a turkey for.

"We need people to use their common sense and to only use the 999 numbers for genuine emergencies. The bottom line is that a hoax call, or one that is not a genuine emergency where someone needs the police, could cost someone their life."

The Force Contact Centre has compiled a list of the top five silliest calls received to communicate the serious message that these kinds of calls could be blocking others involving real life-threatening situations:

I have a ghost in my house
There’s a rat in my kitchen
Do you know what time the doctors’ opens?
One caller phoned the police to report they had a dry mouth
Is it Everton or Liverpool who are at home this week?

Don added: "Calls such as these are wasteful of the Force’s time and resources.

"Please use the 999 service for emergencies only. This includes a crime in progress, someone suspected of a crime is nearby, when there is a danger to life or when violence is being used or threatened."

"Inappropriate use of the 999 service prevents the police answering genuine emergency calls, preventing genuine callers getting help and places the lives of others at risk."

Merseyside Police is the territorial police force responsible for policing Merseyside in North West England. The service area is 647 square kilometres with a population of around 1.5 million.

Today's Tip of the Day - Choose Your Response Method Carefully