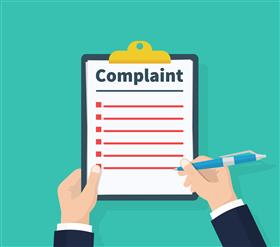 95% of the total complaints were resolved with 71% of them resolved to the consumers’ satisfaction, according to the TRA.

The mobile market compromised 55% of these total complaints, the broadband market being the second highest at 30%, fixed services at 13%, and 2% for the remaining markets. The total complaints received were broken down into the following categories: Billing (33%), Network Service Performance (25%) and contracts (20%), while the remaining categories combined for (22%). TRA's efforts have also resulted in increased awareness among consumers of the risks of roaming bill shocks as roaming complaints have fallen to about 4% compared to previous years.

In 2017, the Consumer Call Centre received 4,053 calls with a 99% response success rate. These results were in line with the TRA's objective of promoting consumer communication frameworks for all complaints and inquiries related to telecommunications service providers.

In conjunction with the World Consumer Rights Day, TRA's Senior Consumer Affairs Advisor, Shaikh Abdulla bin Humood Al Khalifa said: "TRA has stepped up its efforts to protect consumer rights. This year, TRA issued the Consumer Disputes Regulation that establishes the principals and procedures for the handling of a dispute arising between a subscriber and a licensed operator."

"This regulation is one of the legal instruments that will create more transparency and regulation among all concerned parties to reach a fair solution that preserves consumer rights in disputes. Following the implementation of this regulation, TRA will publish complaints indicators it receives against telecom service providers to promote transparency and competitiveness among service providers to develop services and address complaints from their subscribers." Shaikh Abdulla added.

He stressed that consumers have the right to contact the TRA in case the service provider fails to resolve the complaints. To do so, they can contact the Consumer Call Center 81188 or submit a complaint through the TRA’s website.