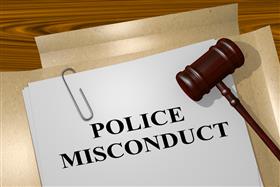 Jalandhar, India, April, 2019 -- To eliminate corruption in the traffic police wing, the Police Commissionerate have launched a WhatsApp helpline number. Moreover, if any policeman on duty takes money or shows carelessness in duty while managing traffic, then photographs or videos of the same could be sent on the new WhatsApp number — 62395-10169 of the traffic police. The message would be directly delivered to ADCP (Traffic) Ashwini Kumar.

ACP (traffic) Vaibhav Sehgal said the reason for issuing this number was to improve traffic-related problems existing in the city and feedback, suggestions and complaints in this regard would be welcomed from residents. Besides, if any traffic police official was found carelessly performing his duties, than also the number could be used and images of the erring police official could be shared with higher-ups of the department.

He claimed that action would be taken immediately on every suggestion and complaint. In addition, the ADCP (traffic) said by launching the WhatsApp number, he would be directly involved with people.

He also appealed to people not to upload false information or rumours on the number.

Notably, the traffic police wing is also active on Facebook and regularly receives feedback from residents on its FB pages.