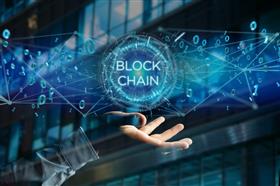 In December 2018, transcosmos and Jasmy began exploring the possibility of creating a joint contact center platform business that applies new blockchain technology and IoT through the realization of potential synergies between their respective knowhow, technologies and development capabilities. After forming the partnership, transcosmos joined "Jasmy Initiative," an initiative established by Jasmy with the aim of promoting the use of Jasmy IoT platform and began preparations for developing the application and conducting verification experiments in order to make the next-gen contact center a reality. Together with other "Jasmy Initiative" member companies, transcosmos is now making efforts to develop the application and conduct verification experiments with the aim of delivering the next-gen contact center.

Maintaining multi-channel customer support via phone, fax, web and email can be a heavy burden for a company to bear. In addition to maintaining a high quality support system that takes advantage of transcosmos' 40 years of experience in various industries and business models, we can contribute to your company by promoting rapid automation and cost reductions. Further, by adding features such as outbound calling that expands sales, we aim for major positive innovations for your marketing strategy.