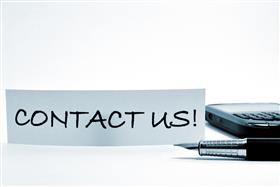 Laytonsville, MD, USA, Sept, 2019 -- Transparent BPO, a nearshore contact center and business process outsourcer, announced plans to open a contact center, it's fourth, in Belmopan, Belize in early 2020. The expansion marks the first time the company will have operations outside Belize City.

"The expansion to Belmopan is a win for our clients and us as we can provide geographical diversity and a DRP solution," said Rob Johnson, SVP of Operations. "It’s also a win for the people of Cayo. We have a number of employees who commute today who will be able to get that travel time back with their families. Not only that but this location also enables us to provide much-needed jobs for even more people."

Construction on the building, a 66,000 square foot facility located at 3025 Hummingbird Highway, is expected to be completed sometime in January 2020 with occupancy near the end of March.

Transparent BPO will utilize 50,000 square feet, which will consist of recruiting and training facilities, more than 700 workstations, an employee restaurant, and large breakroom. When completed, it will enable the company to employ more than 2,000 Belizeans across its four centers.

"The Cayo district is an emerging area for BPOs, as most exist in Belize City," said Scott Newman, CEO. "We have been asked countless times when the company would set up operations there, so I'm delighted that we can officially announce our plans to establish a presence in the region."

Transparent BPO was founded to provide its clients with superior telemarketing services and business process outsourcing at competitive pricing. Our state-of-the-art system development and IT support allows for seamless integration, resulting in a transparent business relationship.