News : TransPerfect and Translation Community Achieve Victory in Fight to Save Thousands of Translators 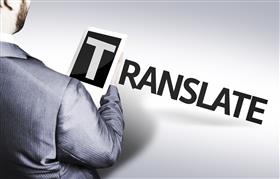 New York, NY, and Sacramento, CA, USA, Sept, 2020 -- TransPerfect, a provider of language and technology solutions for global business, announced a significant legislative victory for freelance language professionals as a result of a broad advocacy and lobbying effort to protect the jobs and rights of countless translators. Professional freelance translators in California were being harmed by unintended consequences of Assembly Bill 5 (AB5), but relief in the form of an exemption to the bill has arrived.

Upon seeing the negative impact of AB5 on the translation industry, TransPerfect immediately mobilized alongside other organizations and the linguist community at large to lobby the California legislature for change. That work has resulted in the passage of California Assembly Bill 2257 (AB2257), which updates AB5 and provides an exemption for translators under a "professional services" classification. The new bill restores the independence and business tax deductions that language professionals have long enjoyed.

California’s AB5, which took effect earlier this year, was passed with the goal of protecting workers who have traditionally been classified as independent contractors. The law requires companies who purchase these contracted services to onboard them as full-time employees, entitled to certain benefits. However, the legislation failed to account for the nuances of many industries, including translation and language services. As a result of AB5, many translators who choose to operate as independent contractors, and who prefer that status due to the flexibility and benefits it affords, became far worse off.

As an example, AB5 eliminated the tax deductibility of many bona fide business expenses for independent contracting translators. This left them unable to deduct legitimate business expenses that previously would have qualified for a tax benefit. AB5 and the 2017 Tax Cuts and Jobs Act were a double blow to translators. By being classified as "employees," they were no longer able to deduct many business expenses on their federal income tax return. The combination of the two laws amounted to potentially significant financial harm for workers across many industries, including those who work as freelance linguists. The need to secure a change to the law on behalf of our industry partners was clear.

TransPerfect President and CEO Phil Shawe remarked, "Over the past year we saw the devastating impact the AB5 law had on the linguist community. We shared in their pain and knew that we had to take action. Working just five hours per year translating into German or Xhosa for several different translation companies shouldn’t bind someone to having to become an employee of each of the businesses with whom they contract. This victory ensures that translators retain the freedom and flexibility they’ve counted on for years, and we’re proud to have played a part."

Today's Tip of the Day - How To Choose Speech Recognition