News : TransPerfect MediaNEXT Chosen by Azoomee and Da Vinci Media to Translate and Dub Original Productions into Spanish and Italian 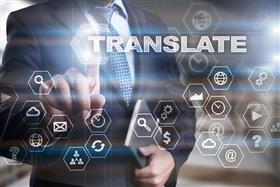 New York, NY, USA and Berlin, Germany, May, 2021 –- TransPerfect, a provider of language and technology solutions for global business, announced that it was chosen by Azoomee and Da Vinci Media to translate and dub seven original children’s productions into Italian and Spanish as part of an effort to expand into new markets.

Azoomee and Da Vinci Media—which together form one of the largest educational entertainment companies in the world—aim to unlock children’s full potential through inspiring videos and games via mobile apps, TV apps, and TV channels. When a partnership with Vodafone created the opportunity to release the Azoomee app in Italy and Spain, they chose TransPerfect’s MediaNEXT solutions to dub and translate their productions.

The MediaNEXT suite of tools offered Azoomee and Da Vinci Media a hybrid recording approach suited to their needs in each market. While the voice actors went into a studio to record the Italian localization, the Spanish talent used cloud-streaming StudioNEXT technology to record professional-quality content from their own homes.

TransPerfect worked with Azoomee and Da Vinci Media to translate and dub seven children’s series: Crafty Art, Da Vinci Innovation Labs, Down to Earth, Maths is all around us, Smart Science, Hands Up!, Marvellous Makes, and Search it Up!

"We are delighted to work with TransPerfect MediaNEXT," said Tom Naylor, Deputy COO at Azoomee. "It was critical for us that Italian and Spanish translations of our original series were available for new market launches. The high-quality results, quick turnaround, and professional service we received are indicative of why we chose to work with TransPerfect MediaNEXT."