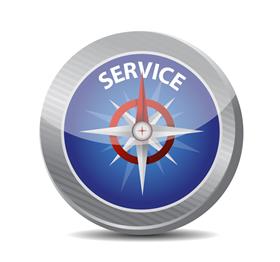 This week, the company marked the formal opening of its Global Capability Centre (GCC), after it opened its virtual doors in March.

Since then, the GCC in SA has started servicing TransUnion’s Canadian business and customers, providing support services in French and English, says the company in a statement.

TransUnion is a consumer credit reporting agency that collects and aggregates information on individual consumers across the globe.

"TransUnion has invested in the South African market for many years, and we’re excited to build on our commitment to the region and offer opportunities to South Africa’s best and brightest in our GCC," says Eric Hess, TransUnion executive vice-president of global operations.

"It plays a critical role in TransUnion’s global growth strategy, and it’s already bringing more solutions to more countries and is helping businesses, consumers and economies across the continent and the world."

According to the company, the new centre is part of a wider initiative that also sees TransUnion’s Global Capability Centre in Chennai, India, being expanded to the city of Pune. The Chennai centre, which launched in 2018, employs more than 1 000 professionals.

The African continent has been declared theoutsourcing sector destination of choice, with SA noted as the nation with the highest contact centre manager monthly salary among its African counterparts.

The global business services/BPO sector is witnessing increased growth in SA and has been identified as one of the sectors that will steer the country’s economic recovery.

South Africa GCC head Avesh Singh says the centre was looking to expand rapidly, both in terms of numbers and technology usage, as demand for innovative, skilled work continued to increase in TransUnion markets around the world.

"What’s important to note is that we’re not just a traditional contact centre. We’re doing a range of non-voice and back-office work, including project management, quality assurance and data analytics.

"We’ve also integrated a range of new technology innovations, including the ability to provide asynchronous chat into the voice environment. Our virtual model means we’ve been able to scale at speed to accommodate the increased demands of the global markets we operate in."

Sadick Jaffer, ambassador from the South African Department of Trade, Industry and Competition, indicates government has recognised BPO as a priority sector in SA, and is rolling out a master plan, which would assist the sector in achieving its target of 100 000 additional jobs by 2023 and 500 000 by 2030.

"TransUnion’s GCC is providing important opportunities to South African youth, and increasing the pool of highly-skilled young people in the country. The company’s operating model is highlighting what the country’s youth can do when they’re given a chance to shine on a global stage," notes Jaffer.