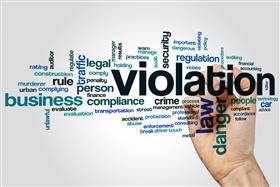 Trichy, India, Jan 25, 2021 -- Trichy police launched a WhatsApp helpline for the public to report traffic violations and congestions in the city. Residents can share the photographs or videos of any road safety violations to the helpline 96262-73399 for initiating legal actions against the violators.

Trichy police commissioner J Loganathan said that the initiative was envisaged for involving people as one of the stakeholders in ensuring road safety. Once the complaints from residents on traffic offences such as unauthorised parking, carrying passengers on load vehicles or other violations were received on the helpline, the city traffic police would investigate the evidence shared. If the violation committed was found to be true, the commissioner said that cases under the Motor Vehicle Act shall be booked by identifying the violator based on the vehicle registration number shared in the complaint.

"The helpline will make people responsible while on roads as they would have the feeling of being monitored round the clock. This is a step towards achieving a cordial relationship between police and people," J Loganathan said.

Apart from violations, even traffic congestions and anything obstructing the free flow of vehicular movement can be shared on the helpline. "This is a much needed move for Trichy which has been reeling under traffic woes. Complainants should be let known of the action taken on the complaints they lodged on the helpline," T Senthilkumar, a resident of Palakkarai said. Although the initiative was launched in the view of road safety month being held, city police said that the WhatsApp helpline was here to stay.