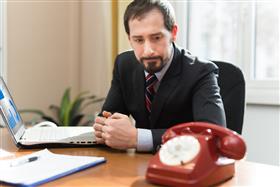 Queensland, Australia, May 4, 2018 -- Australians are being advised to call 131 444 if they are experiencing an emergency this morning and are unable to get through to 000.

Telstra says there is an issue with their Nationwide service and it is hitting some callers in Queensland, NSW, Victoria and South Australia.

The Queensland Police Service admitted it doesn't know how many calls it may have missed, while the Queensland Ambulance Service says it is investigating.

Nine News reports that an investigation is under way into what caused to system to go down.

Telstra tweeted that calls to 000 are slowly getting back to normal.

Telstra issued a statement about 5.45am that a cable was cut by "an unknown party" Orange & Bowral in NSW at 2:05am, causing intermittent mobile voice connection interruptions.

The telecommunications provider has since said services to the triple-zero number are "progressively" returning to normal.

In Queensland, police assured customers that there appeared to be no issue from their end.

"We're still getting 000 calls, so as far as we're concerned everything is working," a Queensland Police Service spokesman said.

"When our guys in Comms (Communications) spoke to Telstra they said the issue was apparently at the Victorian call centre, so it's very very rare that we would receive a call from down there, but if we did it might have been lost.

"But it's one of those things, they have to investigate that later on, we can't say that (we did lose connection) for sure now, but like I said we are still receiving 000 calls up here as per normal.

"How many calls we've actually missed, we won't know until later on until they rectify the issue and Telstra let us know what happened and they provide that data."

Queensland Ambulance Service said it was investigating the incident but was unaware of calls not getting through.

"To our knowledge there has been no notable delays that have affected anyone in Queensland, however we are still investigating that," a Queensland Ambulance Service said.