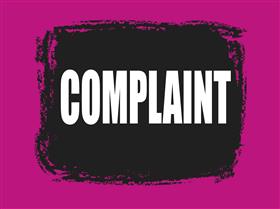 Agartala, India, Sept 6, 2021 -- Amidst threat from Trinamool Congress and differences within the Bharatiya Janata Party, Tripura chief minister Biplab Kumar Deb on Monday launched CM Helpline number-1905 to listen to any kind of grievances of the common people.

The Tripura helpline follows a similar kind of campaign under the banner of ‘Didi Ke Bolo’ launched by West Bengal chief minister and supremo of Trinamool Congress Mamata Banerjee ahead of assembly polls in Bengal.

The dedicated helpline service would help people share any kind of grievances and the same would be forwarded to the concerned government departments for redressal. If the caller is satisfied with their step, the call will be completed, else, the same will be again forwarded to the respective department, said chief minister Biplab Kumar Deb after launching the Helpline Number from IT Bhawan at Indranagar area in Agartala.

"This is a digital platform through which people can share their problems that will reach the CM. Besides, the state will listen to and implement any logical advice shared by people through this helpline," he said.

A team has been constituted from the Information Technology department to monitor the process, he added.

After coming to power for the first time in 2018, Deb started Janatar Darbar (public’s court) both at Civil Secretariat and his official residence to listen to the problems of the people.

After the launch, the CM talked to two people, one from Ranirbazar and the other from Indranagar.

"My officials will not ask the callers’ political identity or anything like that. This culture of helping pro-power people only prevailed earlier. Now, I want to bring an end to this culture. Politics should be confined to poll time only and for the rest of the time leaders should be dedicated to people’s welfare," Deb told the media persons.

He also talked about different digital schemes, including Jan Dhan Account Yojana, Start-Up Tripura, Mukhyamantri Yuva Yojak Yojana, e-PDS, among others, that have been launched during the BJP-IPFT government reign so far.

He added that they have increased the number of Common Service Centers from 394 in 2015-16 to 1,204 to take governance to people’s doorstep.

Reacting to the newly-launched CM Helpline, Trinamool Congress termed it a political gimmick before the assembly polls.

"The BJP first started their missed call helpline as part of their 2018 assembly poll campaign. They have always launched different kinds of helplines every day since 2018, unfortunately, none of it was fruitful. We doubt how far this CM helpline will work. Let’s see its implementation," said TMC leader Subal Bhowmik.