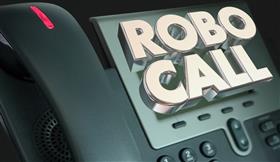 Washington, DC, USA, Jan 1, 2019 -- Lawmakers know how much we despise robocalls, and finally President Donald Trump decided to crack down on them in the United States. With the Telephone Robocall Abuse Criminal Enforcement and Deterrence (TRACED) Act signed into law, the federal government can start issuing significant fines against perpetrators of robocalls. Fines can now go as high as $10,000 per call.

It'll require wireless networks to authenticate calls. From there, the Federal Communications Commission (FCC) aims for service providers to block robocalls at the discretion of their customers. Any violators can be fined up to $10,000 per call, and perhaps that'll be enough to deter them from occurring frequently. Overall, it's an effort to protect American citizens after nearly 48 billion robocalls were made in 2018.

Prior to Trump's signature on the bill, Congress had passed the TRACED Act almost unanimously. Lawmakers agree that robocalls are not only annoying but dangerous. Some signs will assist in realizing if a robocall has targeted you to steal information, but often people aren't aware that they're being tricked into doing so.

"I applaud Congress for working in a bipartisan manner to combat illegal robocalls and malicious caller ID spoofing," FCC Chairman Ajit Pai said in a statement. "Specifically, I am glad that the agency now has a longer statute of limitations during which we can pursue scammers and I welcome the removal of previously-required warning we had to give to unlawful robocallers before imposing tough penalties."

In addition, the TRACED Act requires all major domestic carriers to use STIR/SHAKEN technology. Carriers do use it today, but support is limited and they're not able to verify calls between networks. Now, carriers such as Verizon, AT&T, and T-Mobile will sync data in real-time to protect their customers and display only legitimate calls.

Robocalls will remain, though. Both the federal government and US carriers can do all they'd like, but there's no doubt these spam-filled correspondences are going to continue bothering us throughout the decade. It'll take several years of development to reduce the number of robocalls in this digital epidemic, and maybe in 2030 we'll go through an entire week where none appear and waste our time.