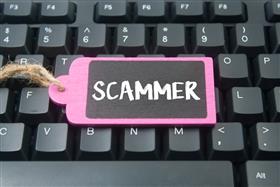 Bangkok, Thailand, January 30, 2018 -- Call-centre scam networks have been targeting the Northeast region with a police investigation finding that they are hiring Thais to open bank accounts and people are claiming to be police officers while accusing the victims of crimes to extort money from them.

The alleged scammers used voice-over-Internet protocol to display fake phone numbers when calling a Mukdahan resident last July. The suspects reportedly posed as a police officer from the Provincial Police Region 4 and told the victim he was implicated in a drug crime and was required to wire money for "inspection".

The victim then reportedly wired Bt1.6 million to the suspects.

In the second case, a Malaysian national, Lim Sek Hou, was arrested this week and many bank books and ATM cards were seized in Songkhla’s Sadao district. That case stemmed from a Khon Kaen resident’s complaint to police on January 16 claiming that the victim had been duped into wiring Bt89,500 to a bank account held by a person identified as Mahami Khami.

Lim reportedly confessed that the criminal network he was associated with had lured people to wire more than Bt10 million.