News : U.S. Barraged by 4.8 Billion Robocalls in August, According to YouMail Robocall Index 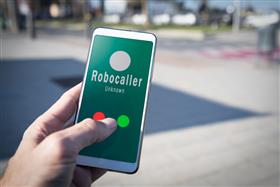 The month of August averaged just under 155 million robocalls per day alone, or 1,784 robocalls per second. These latest monthly figures come from YouMail, a totally free robocall blocking app for mobile phones.

"August is now the second consecutive month with increasing robocall volumes, after our previous three-month decline," said YouMail CEO Alex Quilici. "It looks like we're once again getting very close to the 5 billion plus robocall per month mark, mimicking trends from earlier this year."

The top 5 specific annoying telemarketing and/or scam calls that people received in the U.S. were the following:

These scams are very similar to last month, with the top 5 campaigns adding up to roughly 250 million collective robocalls in August. Four of the top five problematic campaigns continue to use caller ID spoofing in all of their calls – with some effectively creating a new number for each call they make to unsuspecting consumers.

The cities, area codes and states with the highest volumes of robocalls in August were similar to the volumes from July, though all the leaders experienced decreased volumes.

This data is provided by YouMail, a robocall blocking app for mobile phones.

About YouMail, Inc.:
YouMail, Inc. provides imaginative, intelligent, cloud-based telecommunication services. The YouMail Robocall Index™, which since its launch in in September 2015 has emerged as the nation's definitive source on robocalling data for telecom carriers, smartphone and app companies, and public policymakers. Headquartered in Irvine, Calif., YouMail, Inc. was founded in 2007 and is privately funded.