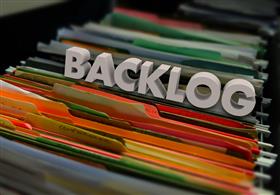 Scopa chairperson Mkhuleko Hlengwa said the lack of capacity was particularly seen in departments dealing with emails, online applications and calls from the public.

The committee conducted an oversight visit to the UIF offices in the Pretoria CBD.

"Scopa was informed that the call centre currently has a backlog of 444 000 emails from the public with only eight call centre agents to attend to those emails.

"It gets an average of 30 000 calls a day, but can only attend to 3 000 of those calls. This has a negative outcome on service delivery and on everyone that requires services from the UIF," said Hlengwa.

He said the committee believed that the Employment and Labour Department needed to put special focus on the information and communication technology department, which was responsible for the UIF’s system.

"It is also disturbing to note that the consulting company responsible for the development of the same system could not respond to questions about weaknesses in the system."

Hlengwa said the committee wanted the employment and labour department to investigate obtaining an integrated database system with other departments to avoid the "kind of corruption that has happened as a result of these weaknesses".

Hlengwa said Scopa also welcomed the consequence management process that the labour minister had undertaken in response to the corruption and irregularities that had occurred at the UIF.

"However, Scopa remains concerned with the challenges plaguing the UIF, as it is clear that the issues run deep and date to a period before Covid-19. The pandemic has simply exposed pre-existing weaknesses."

Meanwhile, dependents of deceased pensioners have been urged to validate their details on the system.

Acting departmental spokesperson Musa Zondi said clients and beneficiaries of compensation fund pension benefits had until the end of this month, to come forward and validate their details or else their benefits would be terminated.

"The commissioner of the compensation fund issued a notice… to inform all the pensioners who are currently receiving a monthly pension from the fund."

The benefits relate to disability pensions and death benefits while the notice applies to pensioners who reside in South Africa as well as those outside of South Africa.

The director of compensation benefits Nokuthula Sihlangu said clients and beneficiaries had to act as a matter of urgency as failure would result in their benefits being terminated.

Sihlangu said the compensation fund had embarked on a process to cleanse its pensioners’ database since September 2019.

"The process was undertaken to assist the fund to improve the integrity of the pensioner’s database," said Sihlangu.

She said this process would affect injured employees who received a pension from the fund because of disability as well as dependents of deceased pensioners.

The department said beneficiaries needed a copy of 13-digit identity document or a passport.