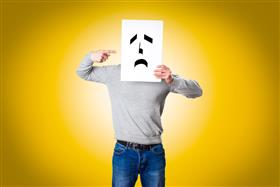 Auckland, New Zealand, Nov, 2020 -- Unhappy Vodafone customers have taken to the company’s Facebook page to complain about being charged for PS5 consoles, and then being told they were sold out.

Some were incredulous that the telecommunications company could charge for goods it couldn't deliver, and then tell them they would have to wait days for refunds.

Vodafone has apologised, and said it was working hard to confirm orders and repay people who were over-charged.

And, it said, because some customers did not receive order confirmations they may have been left with the impression they had been charged, but would not be receiving a console.

The company said this was not the case, and it would follow through with the orders, though each customer could only buy one console.

Darren Brommell posted: "What a joke, bad service Vodafone! I’ve been charged three times due to it not going through to then wait online for half an hour to be told sorry they ran out and I will be refunded my $2400 over the next few days."

Peter Swain posted: "Hi, When I submitted my order I got a payment failed message then it said sold out. I have now been charged for a PS5 that I am not getting. That's theft! I have tried calling twice and both times was disconnected."

Vodafone had struck a partnership with Sony Interactive, makers of the PS5, to sell the consoles with the sale taking place on Thursday, November 12.

But demand was so high, Vodafone posted this message to disappointed buyers after the stock it had sold out in minutes: "Thank you to everyone who has visited us and placed an order for a PS5. If you were not able to purchase one, please continue to check back online for further updates." Vodafone's tie-up with Sony has left some customers angry and disappointed.

Angry customer Angela Rota posted: "What a mess lol how do you take money when there is ZERO stock something wrong with the billing platform that should not happen unless a gazillion people all trying at once?"

Some people posted on Vodafone’s Facebook page that they had been charged several times despite only buying one unit, but many struggled to get through to Vodafone’s call centre.

On several occasions people who had been waiting for up to an hour had their calls disconnected before getting through to the call centre.

Vodafone spokesman Rebecca Huang said: "Due to the huge demand for PlayStation5 across Aotearoa, the stock that we had to offer our customers on launch day sold out in a very short time period.

"This demand resulted in some problems with customer orders.

"We are urgently working to resolve these problems and will ensure refunds are made where there are duplicate orders, to ensure there is one console per Vodafone customer as per our terms and conditions, and we will ensure stock is allocated to those eligible customers who may not have received confirmation their order was successful."

She said: "We sincerely apologise to those customers concerned for any stress and confusion, we know how eagerly everyone is awaiting their PlayStation5, and we will get this sorted for them as soon as possible."

Tracy Curran posted: "Bought one but got charged for three. Tried live chat then transferred to sales. They transferred me and the call got cut off. Called general line went through several menus only to be told that they are having difficulty transferring calls to customer service. Pretty third world service. AIl I want to know is was I successful, where’s the confirmation email and when the extra two charges be refunded?"

Junaid Farooq posted: "It was a ridiculous show I was allowed to buy and when I went to purchase it failed twice and then sold out absolutely worthless."