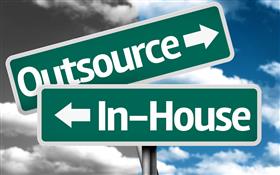 Hamilton, ON, Canada, Sept, 2020 -- Only 37 days after NordStar Capital took over Torstar, the new owners are closing down the Hamilton Spectator classified call centre and sending 24 good Canadian jobs to a firm in Buffalo, New York.

"Instead of sending more jobs out of the country, Unifor is proposing that Torstar invest in Canadian workers first and keep people in their readers' communities employed," said Unifor National President Jerry Dias, who is requesting an immediate meeting with NordStar owners Jordan Bitove and Paul Rivett, to explore solutions.

The eight full-time and 16 part-time positions, predominately women workers, are scheduled to lose their jobs on October 19, a week after Thanksgiving.

"We are stunned by the speed of this aggressive outsourcing move," said Paul Morse, President of Unifor Local 87-M, which represents employees at the Spectator. "Less than three months ago when they were trying to buy Torstar, Bitove and Rivett promised shareholders they would invest in the Canadian media giant if they sold their shares to them and let them take the company private. This is the antithesis of that promise."

The union plans to bring forward a proposal that could improve Torstar's position as a provider in classified services and keep media jobs in Canada. Under the Hamilton Spectator collective agreement, the union has six weeks to present an alternative to layoffs.

"There is no doubt the pandemic has negatively impacted revenue, but it has also highlighted the need for Canadian-owned businesses to support Canadian workers as we build back together from COVID-19," Dias said.