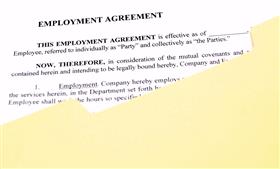 Unifor Local 2002 says the 5,600 members, which also includes customer journey management and customer relations representatives, will vote on the deal next week.

Details of the agreement were not disclosed but Unifor national president Jerry Dias says the union's bargaining committee ensured employees will share in the airline's improved profitability.

Unifor Local 2002 also represents 400 employees of Aeroplan in British Columbia and Quebec and 300 who work as Air Canada crew schedulers.

Air Canada is Canada's largest domestic and international full-service airline providing scheduled and charter air transportation for passengers and cargo to more than 175 destinations on five continents. Canada's flag carrier is the 15th largest commercial airline in the world and serves 33 million customers annually. Air Canada is a founding member of Star Alliance.