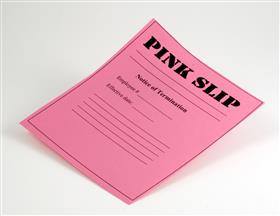 Beaumont, TX, USA, Dec, 2018 -- A labor union representing call-center employees says the announced closure of a Beaumont facility may be part of an ongoing push by employers to transfer such operations overseas. And they’re calling on lawmakers to stop it.

Alorica informed the Texas Workforce Commission this month that it plans to close its call center at 4645 Concord Road in late January, eliminating 367 jobs. The news comes on the heels of its closure of call centers in Terre Haute, Ind., and Kennesaw, Ga. Nearly 1,000 more Alorica call-center workers were laid off in 2017.
Recommended Video

Communications Manager Erica McCarthy said in an email that the company is also growing in other areas as it adapts to customer demands.

"As a global company, we are constantly making strategic moves as we evaluate the evolving trends of the marketplace that impact our business," she said. "These strategic moves include expansions, new sites and changes to current operations on a global scale to support our growth strategy and mission."

Half of Alorica’s global workforce of about 100,000 people are in North America, McCarthy said. The company in October also hosted its first National Recruiting Day that searched for 26,000 candidates in the U.S. and Canada to join the company.

Alorica’s overseas presence has expanded at the same time, although the company says the closures in Beaumont and other domestic sites aren’t related.

Other companies, including Capital One, Comerica and AT&T also announced layoffs or plans to lay off call-center workers this year, all while expanding or maintaining relationships with overseas call center vendors.

Largely as a result, the Communication Workers of America is calling for federal call-center legislation to add accountability and transparency to the "offshoring process."

"The legislation would require that U.S. callers be told the location of the call center to which they are speaking; offer callers the opportunity to be connected to a U.S.-based center if preferred; and make U.S. companies that offshore their call-center jobs from the U.S. ineligible for certain federal grants and taxpayer-funded loans," the union said in a release.

State versions of such a bill have also been introduced to ensure states can retrieve taxpayer dollars received by companies that move call-center work overseas and disqualify companies from eligibility for state grants, loans and tax credits, among other provisions.