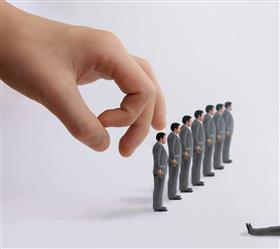 Auckland, Wellington and Christchurch, New Zealand, March 20, 2019 -- Vodafone is about to make about 400 of its 2700 staff redundant and in addition to that may move the jobs of hundreds of outsourced call centre workers overseas, Unite Union organiser Shirley Wang believes.

Vodafone spokesman Richard Llewellyn said the claims by the union were "inaccurate", though he declined to detail in what regard.

They were also "speculative and misrepresent information that was provided to them in good faith", he said.

"We are working through an ongoing consultation process with our people and until that process has been completed no final decisions have been made," Llewellyn said.

"For Unite to speculate to media without having the full picture or ahead of any final outcome is disappointing. We have only shared specific information with them, in good faith, in relation to their 32 members."

Wang said the union had received documentation from Vodafone on the proposed changes, which it was still analysing.

"I am estimating the number [of redundancies] will be 400 but it could be higher," she said.

Wang said it was looking likely Vodafone would also end an outsourcing contract under which about 250 of its call centre workers were employed and perhaps move that work overseas.

But the union had yet to confirm that, she said.

Vodafone said in December that a consultation process was underway about a "new organisational model" that could better set up the phone and broadband company for the future.

An industry source said at the time they understood Vodafone was seeking to cut 400 jobs.

Vodafone chief executive Jason Paris had promised to provide certainty to staff about where they stood by the end of next week.

But Llewellyn said consultations had been extended for a few days at the request of staff, to allow for additional feedback.

The British-owned subsidiary of Vodafone Group hopes to improve its financial performance ahead of a proposed partial float on the NZX penciled in for next year – having last year opted to shelve a planned float after testing the appetite of investors.

Vodafone said last week that it had asked more than 2000 of its staff to let the company know whether they were interested in taking voluntary redundancy.

But spokeswoman Kathy Gieck said then that only a "very small proportion" had expressed interest and there would "without question" be compulsory redundancies.

Vodafone's hope is that it can outsource more of the work currently performed by Vodafone in New Zealand to "centres of excellence" that Vodafone Group has established in other countries.

Paris signalled in January that could see job reductions at its call centres in Auckland, Wellington and Christchurch but that the approach could affect many other parts of the business.

It would also see its relationships with local and overseas partners consolidated to "improve end-to-end consistency of service", he said.

Some roles would be relocated and new ones created, "while still retaining one of the biggest customer service footprints in New Zealand in our industry across Auckland, Wellington and Christchurch", he said.