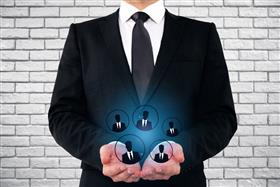 London, UK, April 13, 2021 -- A union has condemned a call centre company's proposals to send webcams to staff working from home.

Some workers at Teleperformance are expecting the technology to arrive later this week.

Internal memos seen by BBC Scotland claim the purpose of the devices is to create a "highly collaborative and engaged workforce".

Teleperformance, which has offices in Glasgow and across the world, has been contacted for comment.

The Communication Workers Union (CWU) was alerted to the story after it was first reported in The Guardian, while fresh concerns over the "Big Brother tactic" have been also appeared in the Daily Record newspaper.

Officials have warned it could mark the start of "full-time visual monitoring of people working in the home".

There is no suggestion Teleperformance is breaking the law but the CWU says the idea of webcams in workers' homes is a cause for concern.

Craig Anderson, regional secretary in Scotland, said: "From an ethical and moral perspective it's an invasion of privacy. I think it is a step too far.

"The call centre industry has always been an industry where targets and monitoring has been some of the highest in any sector and I think now companies are pushing a boundary, and it's a moral boundary, that's too far."

He added that the company has claimed the technology will be used for workers who feel isolated and to operate a clear desk policy.

Mr Anderson said staff had been told they would be given advance notice of when the webcams would be put on.

But he cast doubt on the credibility of those claims, and expressed fears they could be used as a "punitive tool".

He said the union had seen more monitoring of workers during the pandemic, such as the time taken between calls.

Mr Anderson also expressed concern about the safety of female employees and added: "People being watched in their home is just completely unacceptable."

A memo seen by BBC Scotland said: "The use of webcams will only be mandatory at times when the individual would have been under natural observation in the office such as during 1-to-1 sessions, in team meetings, when they arrive (log-in) and when they leave the office (log-off)."

A member of staff the BBC spoke to anonymously said they felt "insulted".

They said: "We already have Teams and group chats, we already have microphones so the idea they're claiming we've asked for this is ridiculous.

"To me they're not combatting loneliness or mental health it's more about monitoring and keeping people in check."